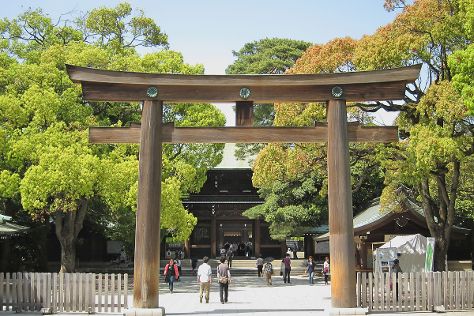 ©
Sōka is a city in Saitama Prefecture, in the central Kantō region of Japan., the city had an estimated population of 247,165 and a population density of 9,000 persons per km². Relax by the water at Zushi Beach and Southern Beach Chigasaki. Escape the urban bustle at Tokyo Dome City and Lake Miyagase. You'll find plenty of places to visit near Soka: Ghibli Museum Mitaka (in Mitaka), Tobu Zoo (in Miyashiro-machi) and Todoroki Valley (in Setagaya). There's lots more to do: don't miss a visit to Meiji Jingu Shrine, take an in-depth tour of Edo-Tokyo Museum, appreciate the history behind Hachiko, and get to know the resident critters at Inokashira Park Zoo.

In March in Soka, expect temperatures between 13°C during the day and 11°C at night. Finish your sightseeing early on the 16th (Fri) so you can travel back home.
more less

Things to do in Soka