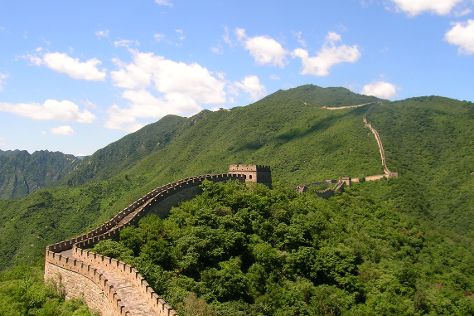 As the political and cultural capital of China, Beijing stands at the heart of Chinese history, buzzing with the energy of its high population density and centuries of importance.

Beijing is known for historic sites, museums, and shopping. Your plan includes some of its best attractions: delve into the distant past at Mutianyu Great Wall, take an in-depth tour of Lama Temple (Yonghegong), take in panoramic vistas at Bell and Drum Towers, and see the interesting displays at National Museum Of China.

To find maps, other places to visit, where to stay, and other tourist information, you can read our Beijing tour itinerary planning app.

Orlando, USA to Beijing is an approximately 21-hour flight. The time zone difference moving from Eastern Standard Time to China Standard Time is 13 hours. Traveling from Orlando in November, expect Beijing to be much colder, temps between 50°F and 29°F. Finish your sightseeing early on the 11th (Thu) to allow enough time to travel to Shanghai.
more less

Things to do in Beijing

Pearl of the Orient

With a nickname like the "Pearl of the Orient," it's not surprising Shanghai offers some of the most rewarding attractions and activities in the Far East.

Shanghai is known for shopping, nightlife, and museums. Your plan includes some of its best attractions: go for a walk through The Bund (Wai Tan), admire the striking features of Jade Buddha Temple, examine the collection at Shanghai Museum (Shanghai Bowuguan), and shop like a local with Former French Concession.

To find other places to visit, where to stay, photos, and tourist information, refer to the Shanghai trip itinerary builder website.

You can fly from Beijing to Shanghai in 5 hours. Other options are to take a train; or drive. Expect a bit warmer weather when traveling from Beijing in November: highs in Shanghai hover around 64°F, while lows dip to 52°F. Wrap up your sightseeing on the 14th (Sun) early enough to travel to Hong Kong.
more less

Things to do in Shanghai 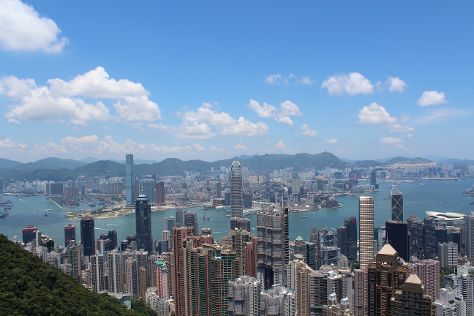 Pearl of the Orient

Witness the vibrant skyline of Hong Kong, an impressive urban territory on the southern coast of China.

Pack the 16th (Tue) with family-friendly diversions at Hong Kong Disneyland. There's lots more to do: take in panoramic vistas at Victoria Peak (The Peak), walk around Nan Lian Garden, make a trip to Tsim Sha Tsui Promenade, and get engrossed in the history at Hong Kong Museum of History.

To find reviews, photos, where to stay, and other tourist information, refer to the Hong Kong road trip app.

You can fly from Shanghai to Hong Kong in 5.5 hours. Other options are to take a train; or drive. In November, Hong Kong is a bit warmer than Shanghai - with highs of 79°F and lows of 70°F. Wrap up your sightseeing by early afternoon on the 17th (Wed) to allow time for travel back home.
more less

Things to do in Hong Kong